We are in the process of a revolution. Athletes who have, in the past, been silenced and prevented from taking a stand to highlight a cause or injustice are having their metaphorical shackles removed, or at least loosened.

The NFL made a dramatic U-turn last month following the George Floyd tragedy which led to worldwide rallies against racism: “We were wrong for not listening to NFL players earlier, and encourage all to speak out and peacefully protest,” said Commissioner Roger Goodell. This demonstrates a general thawing of the traditional approach of banning all political or other protests during sports events.

In the relatively recent past sports federations and leagues have banned, or issued sanctions for, 'demonstrations' ranging from players wearing a poppy to remember the sacrifices of soldiers, refusals to share a podium with fellow athletes who have received doping bans, and wearing a yellow ribbon during a match in support of Catalonian independence.

Freedom of expression is a fundamental human right, and the indication that sports federation will be taking a more balanced approach in the future is being welcomed by athletes worldwide. However, human rights, such as the right of free speech/expression, are not absolute. They need to be balanced against other, potentially competing rights. Indeed certain forms of speech, for example, speech which incites hatred, amounts to harassment, or is defamatory, is legitimately and routinely prohibited or controlled by criminal and/or civil law.

Until recently sports organisations have generally taken a blanket approach to banning protests. This creates a very clear rule to enforce and allows federations to remain neutral on potentially divisive subjects.

As sports relax their rules to permit lawful protests, they will have to begin to make judgment calls on what is acceptable and what is not. They are likely to be put on the spot to make quick decisions in real time as athletes or participants undertake unannounced, spontaneous, acts of protest in live events being viewed by millions around the world.

The spotlight on sport makes it a great platform for highlighting causes and sport has always been a fantastic vehicle for influencing positive change. However sport is global, and different cultures don't always agree on what is 'right'. There will also inevitability be some who abuse the relaxation to highlight political, religious or other stances that the majority would deem inappropriate and may even cross the line to being illegal.

Without a blanket ban to implement, the challenge of making the right call when athletes protest during live events, may well come down to relatively junior team members who are managing field of play activities. Broadcasters who are selecting camera feeds may also need to make speedy decisions to ensure that they comply with license conditions (for example the Ofcom Code prohibits broadcasters showing content that is likely to encourage or incite the commission of crime or to lead to disorder.)

There are also simple practical challenges given the global nature of sport. If protests are made in a language foreign to those monitoring activities, how quickly can translations be made? Likewise, how soon can an check be made to ensure that a symbol an athlete says is in support of animal welfare is not in fact a logo promoting their commercial sponsor which may conflict with a tournament sponsor? Most sports will have strict controls on how athletes can promote commercial branding. What happens when a legitimate protest is very closely aligned with a commercial organisation?

There is also the 'sporting' question. Might protests be used as a tactic to put fellow competitors off their game, or to undermine a rival's moment to celebrate a win? Interestingly a consultation of the International Olympic Committee's Athletes' Commission last year resulted in the conclusion that the podium was sacrosanct, and medallist should be able to enjoy that moment without the distraction of fellow athletes protesting. The resulting guidelines allow athletes to air their views in press conferences and in other environments during the Games, but state “We believe that the example we set by competing with the world’s best while living in harmony in the Olympic Village is a uniquely positive message to send to an increasingly divided world. This is why it is important, on both a personal and a global level, that we keep the venues, the Olympic Village and the podium neutral and free from any form of political, religious or ethnic demonstrations.”

The IOC have however since come under increasing pressure to remove or revise Rule 50 of the Olympic Charter. This currently states "No kind of demonstration or political, religious or racial propaganda is permitted in any Olympic sites, venues or other areas." A further consultation of Olympians is now underway, with IOC President Bach opening the door to change Rule 50 but saying “we must always respect the Olympic spirit… This means we must make a difference between such support for the principles enshrined in the Olympic Charter and potentially divisive demonstrations."

Finally, if protests are allowed, is there also a risk of young athletes being pressured into protesting something that they don't truly understand? How will/should athletes who don’t promote a cause be viewed?

None of these are easy questions, but for sport to maintain its status as a power of good, these challenges are surely worth facing? Sport's rule makers will no doubt have to think carefully about how to strike the right balance and will need to spend time consulting on, and redrafting their rules.  It seems clear however that there must be a shift.

Sport will be in the spotlight as changes are made, but hopefully the media and the public will acknowledge the challenges of taking a more permissive approach so that if sports occasionally get it wrong, and something inappropriate slips through (or a legitimate protest is mistakenly halted) this is accepted as an inevitable consequence of a positive change.

"Athletes have never held more influence in their hands." 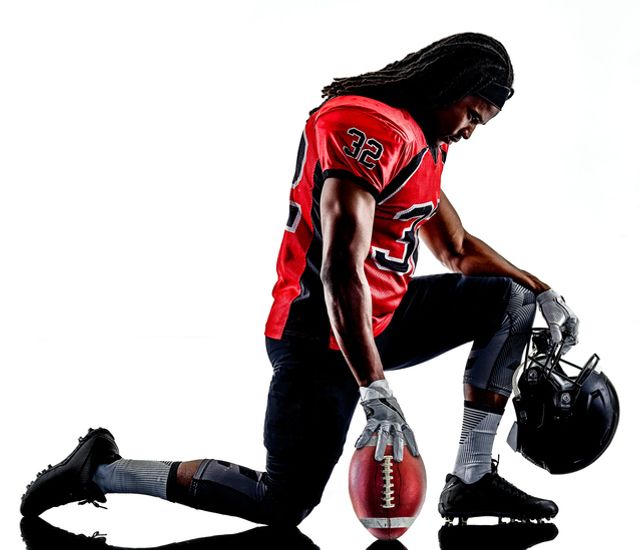