While the coronavirus pandemic continues, it remains to be seen when the Government will start to withdraw the support it has provided to businesses.  But there will come a time when the furlough scheme, tax deferrals and business interruption loans are no longer available.  When that support is withdrawn, it is inevitable that more businesses will find themselves in difficulty, and many will be forced to enter into some sort of restructuring process or insolvency procedure.

When that occurs, there will be opportunities for those looking to invest in ailing companies or to acquire parts of their business or assets.  A recent High Court decision concerning the administration of the Force India Formula 1 racing team shows that bidders in an administration process must make sure they’re switched on to the process they’re involved in.

In an administration, the administrators have to follow one of a number of set statutory objectives. These are, in order:

1. The rescue of the company as a going concern;

2. The achievement of a better result for the company’s creditors as a whole than would be likely if the company were wound up; and

3. The realisation of some or all of the company’s property to make a distribution to one or more secured or preferential creditors.

In practice these objectives are assessed on a cascading basis: the administrators are obliged to pursue the highest objective on the list, unless they consider that the objective is not reasonably practicable and/or that the interests of creditors would be better protected by pursuing a lower objective.

Back in July 2018 Force India was in financial difficulty.  Administrators were appointed, who opened a bidding process for interested parties.  There was real time pressure, as a sale process needed to be completed ahead of the Belgian Grand Prix at the very end of August 2018.

The administrators set out that interested parties could make offers to either (i) rescue Force India as a going concern, by buying its shares from its existing shareholders and injecting funding to return it to solvency (termed ‘Plan A’); and/or (ii) buy the business and assets of the company (termed ‘Plan B’).  Plan A and Plan B were aligned with the first and second statutory objectives set out above.

There were a number of parties interested in Force India.  This resulted in two rounds of bidding.

On the second round, one of the bidders, Uralkali, submitted a Plan B bid to purchase Force India’s business and assets for £101.5 million.  Another bidder, Racing Point, submitted both a primary Plan A rescue bid and an alternative Plan B bid to acquire the business and assets for £90 million, with the Plan B proposal to kick in automatically if the rescue could not be completed.  The administrators accepted Racing Point’s proposal.

Subsequently the deal for Racing Point to purchase the existing shareholders’ shares fell apart, and the administrators considered they were obliged to move forward with Racing Point’s Plan B offer to purchase the business and assets of Force India.  Uralkali was unimpressed by this turn of events, in particular because its Plan B bid had been for a higher sum.

The administrators defended their position, choosing to waive privilege to put in evidence the legal advice they had taken from both solicitors and specialist counsel throughout the administration process.

The Court rejected Uralkali’s claims, making an important finding that the administrators had not assumed a personal duty of care to Uralkali during the bidding process.  The Court commented that the imposition of such a tortious duty on administrators could fetter their ability to make decisions and could potentially cripple the administration process.

Administrators have to be commercial and adaptable to events, which can develop very rapidly with distressed companies.  The ability of administrators to change tack and revise their thinking would be severely limited by the imposition of a personal duty of care towards bidders, and would constrain their ability to fulfil the statutory objectives.  The Court anticipated that determined bidders could wield the threat of personal liability against administrators to try and persuade them to find in the bidder’s favour.  This could lead to administrators being caught in the cross-fire of threats of personal liability from numerous bidders during the bidding process, meaning that the bidding process could grind to a halt.

This pragmatic High Court decision is good news for insolvency practitioners.  It also shows that those thinking of participating as a bidder in an administration process need to have their wits about them.  The administrators do not owe them duties personally.  Thus they need to ensure that they fully understand the bidding process and have a grasp of the fundamental principles involved in administration.  Bidders will need to investigate the target so far as they are able, in order to be confident in the value being offered or sought, as administrators will not be providing warranties on a sale.  Other issues such as retention of title, the assignability of contracts and change in control provisions need careful consideration.  The case serves to underline the need for bidders to have specialist legal advice in support. 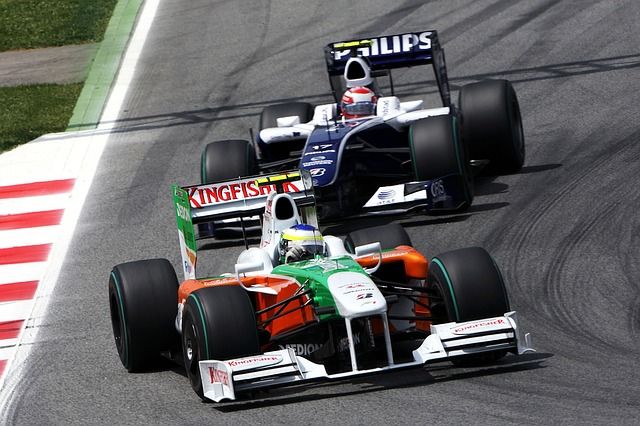