August is Belgium's wettest month. This year, every drop of rain appeared to land at Spa for the weekend of Formula 1's Belgium Grand Prix.

The event will make for an odd episode of Drive to Survive - F1's successful Netflix docuseries. Not because there was a Drive to Survive perilous racing conditions, but rather there was a "drive" at the behest of the Fédération Internationale de l'Automobile (FIA - F1's governing body) which seemed to serve no other purpose than to survive repercussions from abandoning a race for the first time in the championship's 71 year history.

For those that missed, rain plagued the track. Aquaplaning was inevitable and visibility non-existent. It was so bad that Red Bull's Perez crashed on the way to the grid. It was too dangerous.

As a result, drivers were pulled from their cars at the starting grid and the race was postponed. It was postponed several further times while people desperately checked weather maps in the hope that conditions would improve. They didn't.

F1's rules don't allow you to wait all day. Once a race has begun a clock starts ticking and the race has to be completed within 2 hours, 3 if a suspension occurs.

Despite an FIA intervention via "force majeure" provisions to freeze the race clock it became apparent that the full race couldn't be completed in the time remaining. Queue frantic flicking through F1's curious matrix of rules to find out what this means.

Step up Article 6.5 of F1's Sporting Regulations which states:

So 75,000 soggy fans observed a strange procession of 2 laps lead by a safety car - meaning no overtaking or actual racing could take place - after which the race was stopped. But points could be awarded so the race was certified, with drivers even taking to the podium.

And then, the critics. Frustrated drivers, pundits and fans called out the race as a farce. Why did the FIA do this? The general consensus settled on a desire to avoid having to refund sponsors, broadcasters and fans for failing to put on a certified "race".

There may be something in that - though the FIA has denied it. It's common for sponsorship to be tied to an event or series of events. For example, in F1 you might agree to sponsor every GP in the 21/22 race calendar.

If a race/event doesn't go ahead then a sponsor might be able to recover some of its outlay - either through a claim for breach of contract due to undelivered rights or through a pre-agreed provision of the sponsorship agreement.

The latter are more commonplace following COVID-19, when rights holders scrambled to strike new deals with sponsors to mitigate the event space blackout. Many in the sport and entertainment industries were able to reach compromises to ensure mutual survival - recognising it was in neither's long term interest for the other to collapse.

So by ensuring the Belgium race took place F1 may have upheld their end of the bargain contractually, thereby avoiding claims for undelivered rights. But sponsors might feel they got a raw deal. The Belgium GP was hardly the premium spectacle they forked out for.

So what can sponsors do to protect themselves from being stung in this manner?

One option is to include a provision in sponsorship agreements that allows for payment obligations to be reduced if an event diminishes in profile, spectacle or public appeal. Such provisions might allow for a pro rata reduction commensurate to the decline in an event's prestige. Or, if suitable, provide replacement rights to the sponsor.

The requirements for such provisions will vary depending on the nature of the event. Meaning drafters must have knowledge of the varying ways an event might not deliver its full billing.

On the other hand, rights holders will argue that a sponsorship or broadcast partnership is like a marriage – for better or worse. Everyone knows that sport is uncertain – it is one of the things that makes sport so compelling - and the brand/broadcaster are buying into this jeopardy, which has its upsides as well as downsides. If a sponsor/broadcaster wants a reduction in fees for “diminished” rights, why should a rights holder not require bonuses for additional exposure received when an event gets unexpected attention – perhaps it’s the greatest race in history and is going to be on re-runs for years, or an incident in front of the sponsor’s advert on the circuit is captured in a photo that makes the front pages of papers all around the world?

There is no simple answer or cookie cutter solution, everything is up for negotiation. But perhaps one clause that should be non-negotiable, is that a rights holder must always be entitled to prioritise the safety of competitors.

I don’t think there is anyone that would argue the weather was safe to race in but we need a better solution as a sport. When that type of situation happens the outcome should not be a race after three laps behind a safety car. 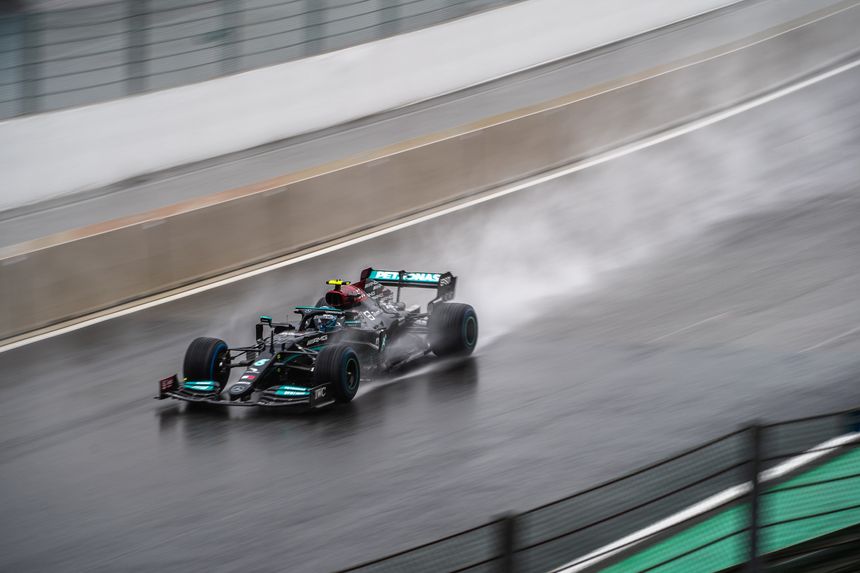 And we’re rolling behind the Safety Car in Spa.

LEWIS 📻 “I can’t see anything out here.”

Visibility very, very poor out there. 🌧

1734BST: This latest rain "stopping at 1850 local", teams are told... but it's simply not a clear-cut clearance. Drizzle isn't resolved well in any event by radar and the situation is further exacerbated by the circuit's radar: its range being masked in some directions by terrain

To our fans at the circuit and at home, thank you for your commitment and patience.

Despite every effort, it just wasn't possible to complete a full race today. Safety will always come first.

For only the sixth time in our history, half points will be awarded.#BelgianGP 🇧🇪 pic.twitter.com/dtW2InXrql

Don't Cha wish your contract was agreed like me? The limits of MoUs & HoTs - ft. the Pussycat Dolls
Benjamin Smith
Recent posts from Lewis Silkin - Sports