This week, Everton announced the release of its very own "Fan Token". The $EFC token will be available for fans to purchase from Wednesday via the 'Socios.com' app, developed and powered by blockchain provider 'Chiliz'.

But the club is only the latest in a long line of illustrious European footballing giants to announce a partnership with Socios and launch a bespoke club Fan Token - the likes of PSG, Juventus, Inter Milan, Barcelona, Atletico Madrid, Arsenal, Manchester City, Leeds United and Aston Villa (to name but a few) have all seized on this opportunity in recent months.

Socios are seemingly ubiquitous within football already (now appearing as the main shirt sponsor of both Inter Milan and Valencia), but what exactly are "Fan Tokens" and how do they work?

What exactly are "Fan Tokens" and how do they work?

The tokens are marketed as “collectible digital assets that will create new experiences for supporters across the world and allow them to become part of a vibrant digital community.” They are designed to facilitate fan engagement by allowing token holders to vote on club matters via the Socios app; access certain VIP rewards and exclusive promotions; and "join a global community of superfans". By holding tokens, fans are able to vote on club matters such as as in-stadium music choices, designs of the captain's armband, and social media content fans would like to see.

As such, a Fan Token acts like a "ticket" into an exclusive inner circle of fans who share a passion for the team and the sport. The more tokens a fan holds, the more power they have in their vote (with a higher fan ranking), moving them upwards through different reward tiers until they have access to the biggest VIP benefits on offer from the club.

Clubs are therefore able to use Socios as part of their fan engagement strategy to continue to build their global fan bases, particularly in Asia where the football fan community is experiencing incredible growth but feels less connected (geographically) to the club they support.

In reality the tokens are crypto-assets. Aside from some initial tokens issued by clubs for free on release (to the likes of season ticket holders), they are only purchasable by fans using Socios' own cryptocurrency called "Chiliz" ($CHZ) on the platform.

Whilst fans can only buy or sell Fan Tokens using Chiliz - the $CHZ coin is incredibly liquid and is listed (and tradeable) on many of the world’s top cryptocurrency exchanges. This means fans who convert their Fan Tokens back into $CHZ can move this cryptocurrency into wallets on other crypto-exchanges (such as "Coinbase" or "Binance") and ultimately convert their $CHZ into fiat currency (i.e. hard cash).

All this means that the Fan Tokens themselves have intrinsic value. Like most other crypto-assets, the tokens are therefore liable to (sometimes volatile) price movements and can be traded as an asset of value on the blockchain (often for profit). So far we have seen the value of some Fan Tokens surge in anticipation of some exciting footballing news (as more fans purchase the token) and tail off as speculation or excitement dies down (as fans sell the token).

By way of example - ahead of Lionel Messi's free transfer from Barcelona to PSG this summer, the $PSG Fan Token surged from around $11 per token to above $60 per token at the height of speculation, before plunging in value after the move was confirmed.

"Buy the rumour, sell the news" as the old financial addage goes.

A New Revenue Stream for Clubs

Despite this complex landscape, fans have flocked to purchase Fan Tokens on mass as a means of getting closer to the club they support - and the clubs have reaped financial reward.

Clubs make considerable money when the token is 'minted' and first made available to purchase for fans - known as an initial "Fan Token Offering" (FTO). When Barcelona launched their initial FTO in June last year, the $BAR tokens sold out in less than two hours, generating US$1.3 million immediately for the cash-strapped La Liga side.

Clubs determine the price of their tokens on FTO, but also enjoy additional revenue when those tokens are either traded or sold by fans (particularly where the value of the token has risen since FTO). The commission generated on each trade of the token is reportedly split 50-50 between the club and Socios.

Socios claim Fan Tokens have generated as much as $200 million in revenues for participating clubs in 2021 alone, providing a much needed additional revenue source for clubs in need of a cash injection after the effects of COVID-19. Indeed, $PSG fan tokens even formed a “significant” part of Lionel Messi’s signing on fee, which had a reported overall value of $29-35 million.

Fan Tokens are not without controversy however. Criticisms of these new crypto-assets being pushed to fans include:

In summary then, despite the ingenuity and liquidity that Fan Tokens represent for clubs, this is an area to keep a keen eye on. The controversy over Fan Tokens is set against the intensifying backdrop of wider public concerns in the UK about the emergence of complex gambling and crypto-products that place the every day consumer at risk (and the overall lack of regulation in this area). Socios' stratospheric rise into mainstream football has been something to behold, but it will be interesting to see whether UK government policy steps in to regulate the area more closely in months (or years) to come.

The “$PSG” tokens surged in value in the days before Messi’s free-agent move following the expiry of his Barcelona contract was confirmed, making real cash for savvy traders. Posts in social media channels speculated that the price would “explode” after the announcement. Less widely reported was what happened once the deal was done: the tokens plunged in value. 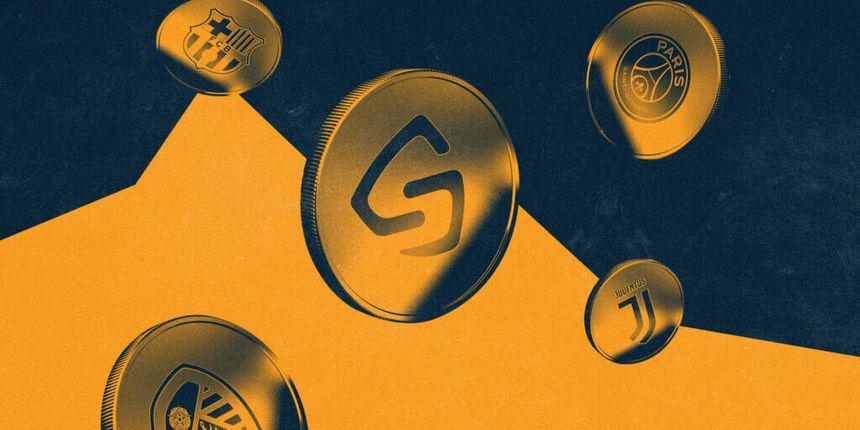