Who watches the watchmen? Thanks to the hype surrounding the final race of the F1 Championship many millions were tuned in to observe the FIA Race Director conduct an extraordinary finale to the Abu Dhabi GP.

The race: Hamilton had the race, and the Driver's Championship, in the bag going into the final stages. Latifi crashed with 5 laps to go, prompting a safety car - meaning no overtaking. Verstappen had fresh tyres, meaning a significant speed advantage over Hamilton. But there were still lapped cars between the two blocking a clear shot. The Race Director, Michael Masi, had said those lapped cars wouldn't be able to overtake prior to the restart. But then sensationally Masi changed his decision, allowing only the lapped cars between Verstappen and Hamilton to pass (but not the remaining lapped cars) so that once the safety car was gone Verstappen had a clear shot at Hamilton who, by that stage, was a sitting duck.

But the rules still stated that the safety car wouldn't leave until the following, final lap - which would have been enough for Hamilton as no cars could overtake. Then the whole thing exploded. In a move that seemed designed purely to ensure a grand finale Masi pulled the safety car on the same lap rather than the following. That meant we would have one final lap of racing. Effectively a sprint between two men with the winner taking the Championship. It was the ultimate conclusion.

Verstappen, on much fresher tyres, cruised past Hamilton to victory. Cue pandemonium from the pit walls.

At this point you might be thinking, "FIA" is popping up a lot. And you'd be right. That lead to a narrative that Mercedes wouldn't get a fair deal because there is an element of the FIA marking their own homework.

Now I should say that the FIA International Court of Appeal is an "independent body with its own administration detached from the main structure of the FIA". Furthermore, FIA judges are not stooges, they are legal professionals gathered from across the globe. But they are gathered through election by the FIA General Assembly after being selected by the FIA Nominations Committee upon nomination by the FIA members, FIA commissions or groups of 5 competitors in the FIA championships.

To put it another way, Mercedes would have to appeal to an FIA judge, elected by the FIA General Assembly, that the FIA stewards incorrectly decided that they misapplied the FIA Sporting Regulations.

Ultimately Mercedes decided not to appeal, largely due to some timely crisis management by the FIA who held a meeting yesterday to address the carnage. They recognised that the controversy surrounding the Abu Dhabi Grand Prix is "tarnishing the image" of the sport. In answer they promised the creation of a commission to analyse what happened and improve the robustness of rules, governance and decision making in F1.

The whole saga has been an unsavoury end to the F1 season. Its annoyed fans, pundits, teams and drivers. The perceived lack of independence of the appeals procedure is a contributing factor.

This brings us back to my original question - who watches the watchmen? Who decides whether the FIA have correctly adjudicated over the FIA?

Step forward the Court of Arbitration for Sport ("CAS") the international tribunal created to resolve sports related disputes. Then step immediately back as CAS only has jurisdiction to resolve disputes if the parties have first agreed to defer to it. Pursuant to the FIA International Sporting Code and Judicial and Disciplinary Rules the FIA International Court of Appeal is the final tribunal for F1 sporting matters (though anti-doping appeals can be heard by CAS). Mercedes and the FIA could have reached a one-off decision to refer the decision to CAS, but that seems unlikely.

You might say why does all this matter? Is this just the paranoia of an ex-politics student being uneasy with a judiciary elected by the executive? Well the fairness of decision making is a paramount concern in F1, and indeed in any sport. We talk about “sporting integrity” and “fair play”, which most fans still believe in, but we also want to be entertained.  On this occasion, it seems that entertainment was chosen over fairness. As one driver said of Masi’s decision "It was for the TV, of course."

There’s no doubt that the last lap action was more engaging than the race ending under the precession of a safety car, and it’s certainly got people beyond the die-hard petrol heads talking about F1 again. However, while entertainment is good, uncertainty and unfairness is not.  Teams and sponsors invest huge amounts of money on the basis that their efforts and investment will improve their chances. Drivers get paid more, the better they are. But if none of that matters, and the outcomes is going to be influenced primarily by a desire to entertain, why invest? F1's drive to entertain, could inadvertently become a drive to (not) survive.

So what’s the solution?  The review of the rules that the FIA seems to be promising is a good place to start. We see no reason why drama and entertainment can’t be achieved at the same time as ensuring fairness. It may even be time to turn to tech and AI in some decision making to ensure objectivity.  And to solve my main gripe, there seems to be a very easy answer: allow appeals to CAS...

We appealed in the interest of sporting fairness, and we have since been in a constructive dialogue with the FIA and Formula 1 to create clarity for the future, so that all competitors know the rules under which they are racing, and how they will be enforced. Thus, we welcome the decision by the FIA to install a commission to thoroughly analyse what happened in Abu Dhabi and to improve the robustness of rules, governance and decision making in Formula 1. We also welcome that they have invited the teams and drivers to take part. We will hold the FIA accountable for this process and we hereby withdraw our appeal. 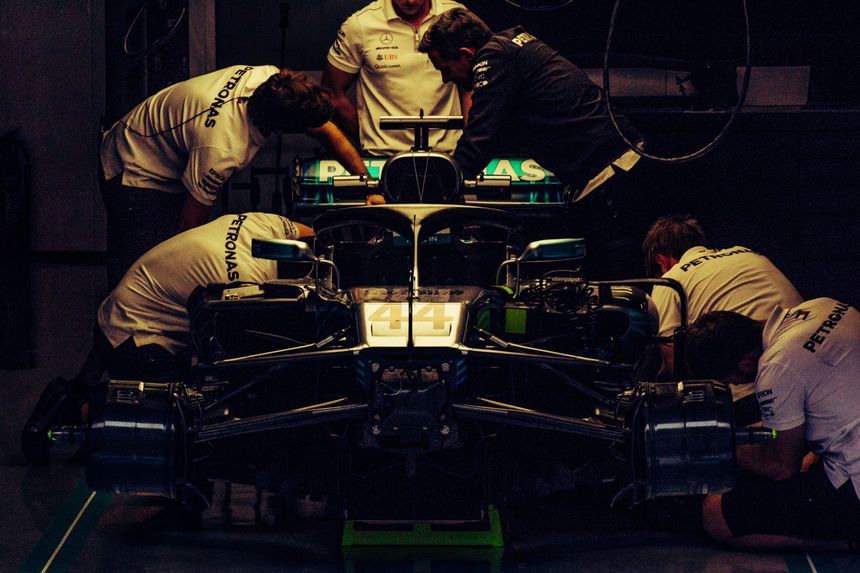 #F1 - @Max33Verstappen won his 1st World Driver’s Championship at the end of one of the most intense title-deciders in @F1 history passing rival @LewisHamilton to take the lead on the last lap of the #AbuDhabiGP while @Carlossainz55 finished 3rd 🇦🇪 ⬇https://t.co/EMX9d48Q9G pic.twitter.com/ITpDDn4nk8

Don't Cha wish your contract was agreed like me? The limits of MoUs & HoTs - ft. the Pussycat Dolls
Benjamin Smith