Earlier this week, Zlatan Ibrahimović took aim at EA Sports (the publishers behind the FIFA video game franchise) and FIFPro (a leading union for professional players) on Twitter, asserting that his image was being used in the game without his consent.

He tweeted: "Who gave FIFA EA Sport permission to use my name and face? @FIFPro? I’m not aware to be a member of FIFPro and if I am I was put there without any real knowledge through some weird manouver [sic]. And for sure I never allowed @FIFAcom or FIFPro to make money using me", before following up with "Somebody is making profit on my name and face without any agreement all these years. Time to investigate.”

Gareth Bale was quick to follow, adding fuel to the fire by replying "Interesting, what is FIFPro? #TimeToInvestigate”. And with that, the investigation was seemingly underway (and a new hashtag was born).

Zlatan's confusion over EA's use of his image is intriguing, especially considering the fact he won the EA Sports Player of the Month award back in December 2016 (during his time at Man United) and was pictured holding a physical copy of his FIFA Ultimate Team player card to mark the occasion. His online outburst also comes just months after EA Sports announced an exclusive partnership with AC Milan (the club he now plays for) ahead of the release of FIFA 21 this year.

Those familiar with the FIFA video game series will know that the game prides itself on ensuring authenticity through a large body of carefully negotiated official licenses obtained from leagues, clubs, stadia and individual players. Football clubs routinely obtain the rights from players to use their image (often limited to use in a "Club Context") to promote both the Club and the relevant League's licensed products and services, thereby allowing them to license-on the use of the player's image to the likes of EA Sports for use in-game.

As an example - in England, the standard form Premier League player contract (which is negotiated on the Players' behalf by the PFA) contains a mandatory clause 4.6 under which the Player grants the Club the right to use his image "in a Club Context in connection with the promotion of the Club ... the League and the manufacture, sale, distribution, licensing, advertising, marketing and promotion of the Club's branded and football related products ... or services (including products or services which are endorsed by or produced under licence from the Club)..." This is often supplemented with additional provisions entered into with the Player and/or his image rights company.

It seems highly unlikely, therefore, that Ibra's contract with AC Milan in Italy will not expressly permit the use of his image in the FIFA video game series. So what exactly has prompted these allegations from Zlatan and Bale against the established footballing institutions?

Some suggest this is a coordinated effort from the players' super-agents, Mino Raiola and Jonathan Barnett, to put pressure on FIFA and FIFPro in response to upcoming changes to agent regulations, which propose to limit an agent's ability to represent more than one party in a transfer and add a cap to commission fees. Indeed, interestingly, Mino Raiola has already added his ten cents to the discussion by tweeting: “Hope we get the answer to our letters now @Ibra_official.”

The move may also be influenced by recent misreporting around the amounts involved in EA's latest image rights deal with David Beckham to bring the star back into the FIFA game - with figures apparently over-inflated by numerous media outlets around the world.

Whatever the reason, this is certainly a story to keep a keen eye on, especially given Mino Raiola's assertion that over 300 players are now ready to join Zlatan in his fight against EA Sports for image rights-based justice. Player image rights are increasingly contentious issue in the world of football - in the UK, a separate lawsuit was filed earlier this year by over 400 professional footballers against gaming, betting and data-processing companies on grounds that such companies are using the players' personal, performance and tracking data without consent or compensation.

Image rights are particularly complex under English law. Individuals have to rely on a range of laws including intellectual property rights, passing off and privacy laws to prevent authorised exploitation of their image. Want to understand more? Our Practice Note on the protection, exploitation and taxation of image rights on Lexis Nexis is here.

EA Sports staunchly defended its position following Ibrahimović and Bale's tweets this week, releasing the following statement in response to the commotion:

To be very clear, we have contractual rights to include the likeness of all players currently in our game. As already stated, we acquire these licenses directly from leagues, teams, and individual players. In addition, we work with Fifpro to ensure we can include as many players as we can to create the most authentic game. In these instances, our rights to player likenesses are granted through our club agreement with AC Milan and our long-standing exclusive partnership with the Premier League, which includes all players for Tottenham Hotspur. 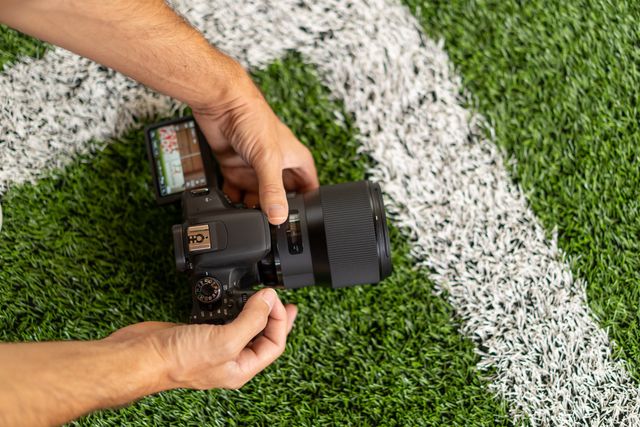