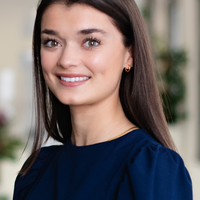 It’s less than a month to go before the biggest sporting and cultural event to be staged in the UK for a decade: the Birmingham 2022 Commonwealth Games. The Games are expected to be watched by more than one million ticketed spectators and reach a global broadcast audience of more than one billion.

With such a broad consumer reach, many brands and agencies may be tempted to benefit from the goodwill and public attention attracted by the Games and run Games-inspired marketing campaign(s). Of course, any such campaigns should be subjected to careful legal scrutiny before being run. The Birmingham 2022 Organising Committee (the LOC) own a host of intellectual property rights associated with the Games which brands should be careful of infringing, general advertising regulations will apply to marketing materials produced, and restrictive provisions in ticket terms and conditions may prohibit marketing at particular venues. These issues are not Games specific, but of course should be considered when producing marketing associated with any big sporting event, including the UEFA Women’s EUROs and the host of other events taking place this summer.

However, brands and agencies looking to run a Games themed campaign have one extra hoop to jump through: compliance with The Birmingham Commonwealth Games Act 2020, special legislation that places additional controls on unauthorised marketing around the Games.

The LOC has published useful accompanying guidance which brands and agencies should be aware of (accessible here) and also a no marketing rights protocol for organisers involved in delivering the Games (accessible here). Here’s a quick summary of the key points.

The LOC is granted a right to prevent businesses from making any “representation” that suggests an association between the business, its goods or services, and the Games. It’s a broad right that will prevent products bearing, and advertising using, direct references to the Games, as well as more creative forms of ambush marketing which don’t necessarily expressly refer to the Games but suggest an association through other means.

Any advertising which incorrectly suggests to the public that a brand is sponsoring the Games is likely to be in breach of the restriction, which doesn’t cease to have effect until 1 January 2023.

There are a number of exceptions, including where the representations use IP owned by the relevant brand and where the use of a representation is for the purpose of sharing information about the Games. However, these are limited and narrow in scope.

It will be an offence to carry out advertising, or arrange or permit advertising, in the vicinity of “Games locations” during specified periods unless it has been authorised by the LOC.

The prohibition applies in fairly narrowly defined areas around venues (e.g. Edgbaston cricket ground and the Lee Valley Velopark) and includes physical advertising or trading on pavements that run alongside events being staged on public roads (e.g. the marathon). Any advertising activity designed as ambush marketing “by intrusion” (i.e. to get visibility for the brand in and around these “Games locations”), whether it be leafleting, giving away products to fans, putting up a banner or flying a blimp) will almost certainly be prevented.

Interestingly, brands are also prevented from displaying advertising on mobile devices used by members of the public when they are within the vicinity of the “Games locations” when the “advertising is done wholly for the purpose of, or with the principal intention of, promoting a product, service or business specifically to” those people.

Schedule 3 of the accompanying regulations (accessible here) details the specific “Games locations” and for each location, the period of time the prohibition is in force. These periods are generally during the Games and a couple of days either side.

A series of exceptions apply, including exceptions that again limit online intermediaries’ liability, for charities, and for newspapers and other periodicals.

Similarly, carrying out trading, or arranging or permitting trading, in the vicinity of “Games locations” is an offence.

“Trading” is defined quite widely and includes selling goods, providing a service and providing public entertainment for some form of monetary gain, or appealing for money (including for charitable purposes). The intention is to prevent street traders and hawkers, so exceptions are provided for shops and restaurants “adjoining a highway”.

The precise timings and locations for which the offence will apply, and additional exceptions, are the same as those that apply to the advertising offence referred to above.

It’s an offence to sell, offer to sell or advertise the sale of tickets for the Games without authorisation from the LOC.

From a marketing point of view, it’s important to note that “sale” includes giving a ticket to someone who pays, or agrees to pay, for other goods or services. As such, the unauthorised use of tickets as prizes in sales promotions will be an offence. This is also likely to be prohibited by the ticket terms and conditions.

The Birmingham Commonwealth Games Act 2020 severely limits what promotional activities businesses can engage in and even the most creative and opportunistic forms of ambush marketing risk falling foul of the law. Even though the guidance states that the legislation is “intended to be proportionate and not unnecessarily restrictive” and that it will be “enforced reasonably” it’s worth noting that the legislation grants LOC a host of enforcement actions, and businesses that get it wrong risk fines and reputational damage. They may also be ordered by a court to forfeit or destroy goods and/or pay damages.

With this in mind, we suggest that any brand or agency with concerns that their campaign may be “stepping too close to the line” receives a legal opinion on compliance with the legislation before running it.